Spread the word, and vote for a new body part to see in Species 0.7.0 every fortnight!
Post Reply
24 posts

It was between the Crocodile Longjaw and the Halo Split Jaw for me and seeing the way the votes are going, I might as well go with the Longjaw to make sure it wins.

Actually I chose the crocodile jaw.

I'll stay on the "realistic" side for now.
At this point, we shouldn't be surprised by anything nature does. She's like a meth addict whose drug-fueled rampages unfold in slow motion and span millions of years.
- Cracked

Silly Otter wrote:Welcome to the forum.
Please ignore the cultists.

Maybe not everybody know what the halo splitjaw thing looks like (though I imagine somewhat like the alien Predator)? Anyways, a croc type jaw would be good.
Top

smjjames wrote:Maybe not everybody know what the halo splitjaw thing looks like (though I imagine somewhat like the alien Predator)? Anyways, a croc type jaw would be good.

Crocodile Jaw it is for me, too. Also, your username looks familiar.
Top

You should keep the number of votes visible, but hide the results until the end. You don't want people to be persuaded to vote for one over the other or decide not to bother voting because one of the options is already way ahead of the others.
Top

The Elite referenced is this type of... thing The jaw itself is this: 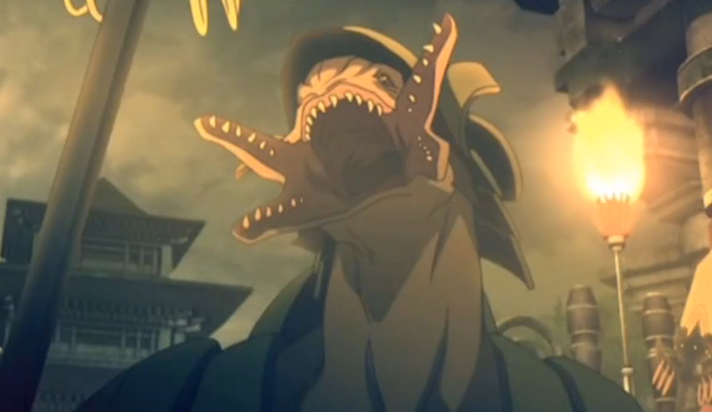 The second pic I think was from an animation made about Halo, but to capture the true form of the Elite I put the first one.
Top

Gotta say, I'm surprised the crocodile jaw is such a darkhorse. I was expecting either the zoidberg tentacles or the split jaw.
Top

Maybe because the crocodile longjaw is awesome? Also, long like a Gharial, which is a fish eater, your typical crocodillian jaw (modern ones anyway), or something that is crocodillian and yet alien at the same time?

Also, we do have that cthulhu-esque head that sort of looks like it has a split jaw, though it's an herbivore head I think?
Top
Post Reply
24 posts

Users browsing this forum: No registered users and 1 guest